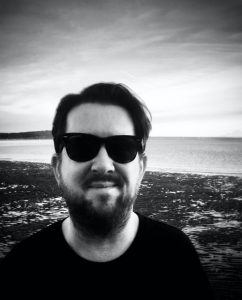 It seems fitting I should tell you about me on my about me page. I’m a British author from London who now lives on a small island in the Pacific North West of the United States. I’ve written several books, including a series of dark gritty Urban Fantasy novels under the pen name Kit Hallows.  I also write Middle Grade under a second pen name and I’ve almost written 20 novels.

But back to Horror… My love of the dark and sinister started when I was a child with my treasure trove of strange and uncanny books, including Shock Headed Peter, Alice Through The Looking Glass, and The Brother’s Grimm. This formative time was in the late 70’s/early 80’s, and if you lived in Britain you’ll know a lot of kid’s TV was incredibly dark and peculiar, which drew me in like a moth to a candle. If you’re not familiar with this, look up: ‘frightening kids TV shows from the 70s and 80s’. What were they thinking?

As I grew older, I immersed myself in the works of Clive Barker, James Herbert, Stephen King, and many other fine authors. I’d hazard a guess you’ve probably read plenty of their novels. And the sum of all these parts is Dead Season, my debut horror novel. You can find out more about it HERE and if you enjoy dark fiction, eerie mythology and inky-black horror, it might be for you. And if you’ve already read it, thank you so much!

Currently, I’m working on my second novel; a book about haunted houses and the unspeakable entities drawn to them. In the meantime, if you’d like a taste of my work, you can get a free story called The Withering Hour

Thanks for stopping by & here’s to a world of dark tales!